A Sense of Proportionality, Please 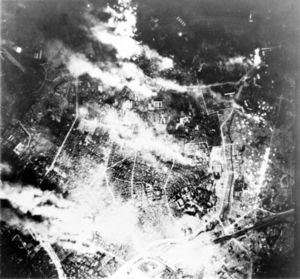 
Last night's edition of 60 Minutes weighed in on an increasingly sensitive topic in the Afghan War--the use of airpower, and the supposed increase in civilian casualties.

It's a topic that we've addressed in the past, noting our recent success in using fixed and rotary-wing assets to smash Al Qaida and Taliban fighters before they can attack coalition ground forces. Across vast stretches of rugged, isolated terrain, it's a strategy that makes sense. In fact, a case can be made that airpower helped prevent an expected spring offensive by the Taliban, and has forced the enemy to adopt less effective tactics, including suicide bombings.

While the increase in civilian casualties is, indeed, regrettable, it also raises questions about who is--and isn't--a non-combatant. There have been confirmed reports of Taliban and Al Qaida using Afghan civilians as human shields, and seeking refuge in villages and other settlements. And, as noted in an AP dispatch from last May, it's often difficult, if not impossible, to separate friend from foe:

Death tolls in remote battle sites in Afghanistan are impossible to verify. Taliban fighters often seek shelter in Afghan homes, leading to civilian casualties, and it is often difficult to determine if people killed in such air strikes were militants or civilians.

Against that backdrop, 60 Minutes waded into the fray, examining the impact of a U.S. airstrike last spring that reportedly killed nine members of one Afghan family, including four children. And, sure enough, correspondent Scott Pelley and his crew managed to interview the family's only surviving member, a nine-year-old boy who was spared because he spent the night with his uncle.

To its credit, CBS did acknowledge that there may have been a legitimate reason for attacking the village; the boy's father (who wasn't home) is believed to be a local Taliban leader. Additionally, U.S. pilots saw two armed men enter a compound in the village, shortly after a rocket attack on an American base in the area, located north of Kabul.

Yet--to absolutely no one's surprise--the network saw fit to include some rather outrageous comments from local villagers who might have been harboring a Taliban leader, whose forces tried to attack a U.S. base (gee, Mr. Pelley, doesn't that mean that the area might be an enemy stronghold?)

"During the Russian invasion we haven’t heard of 10 members of one family being killed by Russians in one incident. But the Americans did that," a villager remarked.

These Afghans, like many others, are deciding whether to support the U.S.-backed government.

We expected anger, but we didn’t expect this. "You can't be saying that the Soviets were kinder to your people than the Americans have been," Pelley remarks.

"We used to hate the Russians much more than Americans," the villager replied. "But now when we see all this happening, I am telling you Russians behave much better than the Americans."

Really, there's no comparison. The Soviets killed something like a million Afghans over ten years. But it's the kind of thing that Afghans are saying, because so far this year, 17 air strikes have killed more than 270 civilians according to the humanitarian organization Human Rights Watch.

So, if there's "no comparison," why include it in the piece? But, we digress. The required template was established, and somewhere, Senator Barack ("We're Air-Raiding Villages) Obama must be smiling.

The U.S. Army (whose personnel called in the air strike) refused CBS' request for an interview. But the Air Force provided full cooperation for the piece, even allowing Pelley and his crew to tour the "futuristic" air operations center in an "unnamed" Middle East country, where the air campaigns for Iraq and Afghanistan are orchestrated. If you don't know where the air ops center is located, click here; the Marine Corps publicized its relocation (from Saudi Arabia) more than four years ago.

During Pelley's visit to the the Combined Air Operations Center (or CAOC), a patient Air Force Colonel named Gary Crowder explained that many air missions are scrubbed because of concerns about civilian casualties.

"You know, I'm curious. How often is an air strike prepared that's called off at the last minute?" Pelley asks.

"Thousands and thousands of times a month,” says Crowder. “We look very, very often, we tracked some of the insurgent leaders we will track for days and days on end. And we are prepared to strike them at any moment. But we can never get all of the criteria necessary to meet our rules of engagement.”

An analyst for Human Rights Watch--which has been highly critical of U.S. airstrikes in Afghanistan--provided partial confirmation for Colonel Crowder's assessment, observing that "I don't think people really appreciate the gymnastics that the U.S. military goes through in order to make sure that they're not killing civilians."

Turns out that analyst (identified as Marc Garlasco), knows a little bit about the process, having served as chief of a high value targets cell in the Pentagon during Operation Iraqi Freedom. When 60 Minutes wonders why "so many" Afghan civilians are being killed, Mr. Garlasco offers comments that should have been the centerpiece of the segment--not buried in its closing minutes:

"If so much care is being taken why are so many civilians getting killed?" Pelley asks.

But in the end, Mr. Garlasco gave CBS what they were looking for, wondering if the airstrike was really worth it:

"You have to ask yourself, is a mid-level thug worth nine dead civilians? But it goes beyond that. You're not talking about just losing nine dead civilians. You're also talking about violent protests throughout the country, requesting a democratically elected government be taken down, you then take people who maybe were in a pro-government area, and all of a sudden you're turning them against you, and turning them towards the Taliban," Garlasco says.

But there are some other questions that viewers of the segment should be asking themselves, namely: was it worth a repeat visit by coalition troops--with the risk of casualties and collateral damage? What if ground forces couldn't get there in time (a very real possibility), or if the boy's father was/is a much higher value target? Given our decision to use airpower on the target--and our continuing search for the man--it seems quite likely that the intended target is more than a "mid-level thug.' Readers will note that the target's description came from the human rights group, not the U.S. military.

Finally, there's the issue of proportionality, which is, obviously, the main theme of the 60 Minutes segment. From CBS' perspective, the use of airpower in Afghanistan has been disproportionate, resulting in the deaths of 270 civilians. Yet, Mr. Pelley fails to address the other side of argument, namely how many civilians would have died at the hands of the Taliban and Al Qaida if airpower had not been used to strike distant targets, killing scores of enemy fighters.

Thanks to the miracle of videotape editing, the closest anyone comes to acknowledging that is Afghan President Hamid Karzai, describing the attack on the village as an error:

"That is a mistake..I know that. It may be at times careless. A careless mistake, but not deliberate.”

Mr. Karzai is certainly aware that the indiscriminate targeting of civilians would result in far greater casualties, as evidenced during the bombings of Coventry, London, Hamburg, Dresden and Tokyo (to name a few) during World War II. Collectively, those raids killed an estimated 220,000 civilians. The Afghan leader has obvious, political reasons for opposing the airstrikes and civilian casualties. But someone ought to ask him the question that Scott Pelley ingnored; would Mr. Karzai prefer the alternative, namely an Afghanistan with large areas controlled by the Taliban and Al Qaida, or alternatively, an even larger military presence by the U.S. and its allies?

In wartime, the lost of innocent life is always a tragedy. But recent events in Afghanistan pale to those of 60 years ago; if anything, they underscore the advance of technology and the extreme measures taken by air planners to prevent civilian casualties. If CBS had a genuine sense of proportionality, they would have noted those changes in last night's broadcast. But then again, a positive spin on Afghanistan doesn't exactly fit the MSM template, either.
Posted by Unknown at 1:50 PM

You really pose a false choice that only clouds the issue: Either we conduct air strikes or the Taliban take over Afghanistan. You also speculate about this village that was attacked suggesting that they somehow deserved it.

Certainly the vast majority of airstrikes - the ones you don't hear about - are both legitimate and effective, but one has to acknowledge the damage mistakes do to our cause. COIN is ultimately not about killing. We can't kill our way to winning in Afghanistan. Perceptions matter and the attitudes and loyalties of the locals matter and sometimes they matter more than killing a couple of guys with AK's in a village.

Karzai certainly does have political reasons (not to mention he was wounded by a US mistaken airstrike in the early stages of OEF) for wanting to throttle back air power - and as an AF Veteran with two tours in Afghanistan under my belt I think his concerns are legitimate.

First of all, is he the leader of a democratic Afghanistan or isn't he? If he is, then we need to heed his concerns, even if we don't agree. That's what "sovereignty" is all about.

Secondly, as a democratically elected leader, he'd be shirking his duties to NOT listen to his electorate - and, like it or not, legitimate or not - they are increasingly pissed-off at what they see as US carelessness and disregard in the use of airpower.

So overall, as an air power advocate, I thought the 60 minutes piece was balanced.

Mr. Joker,
Spook86 did not say: "Either we conduct air strikes or the Taliban take over Afghanistan" Nor did he suggest they somehow deserved it.

As I recall Americans were also injured in the attack.

Joker--I'm not sure it's a false choice. According to commanders on the ground, airpower has been decisive in smashing AQ/Taliban "units" before they can attack coalition forces. Had we not ramped up the air campaign earlier this year, the situation in Afghanistan might be far different.

Your points about COIN are correct; however, the perceptions battle is also shaped (to some degree) by that small diameter bomb or JDAM blasting that mud hut and eliminating the local Taliban leader--the same guy who's been terrorizing locals for the past few months. That teaches that the U.S. is patient and eventually, we will catch up with the bad guys and take them out.

I also appreciate President Karzai's difficult position, but I'd still like to ask him the question: would you be willing to trade airpower for another 20 or 30,000 U.S. troops, with the knowledge that there are some areas of the country that they can never reach, or reach only with great difficulty. Would that enhance his nation's security?

Finally, as we've observed in the past, there is the difficult issue of separating the friendlies from the terrorists. There have been documented cases of the Taliban pulling their dead fighters (and weapons) from the wreckage of an airstrike, leaving behind the civilians who were killed when the terrorists took refuge in their homes--at gunpoint.

Additionally, we certainly never said that the village "deserved" the airstrike, but if a local Taliban leader was living there, it was far from a pro-government hamlet.

The attempt by CBS and the nutroots to equate civilian casualties caused by the Taliban & Al Qaeda's willingness to surround themselves and hide among civilians (making Tal/AQ illegal combatants per the Geneva Conventions) could have drastic consequences.

If the US, due to political weakness, chooses to further restrict the ROE to not allow for close air support against the enemy if civilians are in the vicinity will only result in AQ and the Taliban in increasing the presence of innocent civilians around them.