Fear and Loathing in Iran (and Elsewhere) 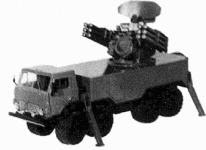 A hat tip to our friends at Kent's Imperative, one of the most insightful (and thoughtful) blogs on the intelligence community and related concerns. Kent's found this recent item at Strategy Page, detailing some of the repercussions from that recent Israeli air strike on a suspected Syrian nuclear facility.
According to Strategy Page, Iran is a bit upset over the alleged "failure" of Russian air defense systems during the raid. Both Tehran and Damascus have spent billions on radar and missile systems built in Russia, with the assurance that such equipment could defend against an Israeli attack. Complaints that have made their way onto Farsi-language message boards (presumably from Iranian military officers) suggest that the IAF was able to blind Syria's defensive systems, rendering them useless. The Israeli strike package flew across hundreds of miles of Syrian airspace, strike the target and return, unmolested by air defense systems.
Iran's concerns are three-fold. First, there is logical speculation that the recent raid on Syria was a dress rehearsal for an attack on Iran's nuclear sites, although that raid would be larger and much more complex. Secondly, Tehran is footing the bill for Syria's most recent upgrade, the acquisition of the Pantsir-S1 air defense system. Iran is also slated to acquire the system, although initial deliveries were made to Damascus.
Equipped with two 30mm cannon and twelve Tunguska missiles, the Pantsir-S1 was supposed to provide point-defense for high-value targets--like that Syrian nuclear facility. The system's on-board radar can detect medium-altitude targets up to 30 miles away; the Pantsir's cannons are effective against targets up to 10,000 feet, and the missiles have a maximum range of roughly nine miles. In terms of close-in air defense, the Pantsir is supposed to be state-of-the-art, but it (apparently) proved ineffective against the Israeli raid.
Tehran's third concern? The Iranian air defense network is far more chaotic than its Syrian counterpart. In recent years, there have been credible reports about Iranian fighters sent out in pursuit of mystery lights and "UFOs," and near-fratricide incidents involving civilian airliners. If the Israelis were successful in blinding Syria's more centralized system (which covers a relatively small area), then they should have little problem in creating mass confusion within the Iranian network. Assuming that Israel eventually attacks, Iranian air defense crews could find themselves operating in a de-centralized mode, chasing targets that don't exist, and illuminating their radars with the knowledge that an anti-radar missile may be on the way.
If the reported grousing about Russian hardware sounds familiar, it should. We've seen this happen--to varying degrees--after almost every successful Israeli raid or air strike. The "operators" (in this case Iran and Syria) start complaining that their expensive air defense equipment didn't operate correctly--and point the finger of blame at Russia. If Moscow follows form, we'll start hearing whispers that "the Arabs" or "the Persians" are incompetent, or didn't follow the tactics manual.
Who's right? To some degree, both are. As we've noted before, Russian defense firms typically don't offer an inclusive "one price" package that includes equipment, training and logistical support as part of an arms sale. If you want extensive training or maintenance support, that will cost more--and those are the very areas where clients are often tempted to cut corners. A handful of air defense crews may receive the "complete" training syllabus from Russian experts, and the rest are trained by that cadre. In some cases, that's the equivalent of xeroxing a poor copy, rather than the original. The quality of the product decreases with each generation, as new operators absorb the bad habits of their predecessors.
However, given the fact that the Pantsir-S1 recently arrived in Syria, it's a reasonable assumption that most--if not all--of the crews were Russian trained. And that brings us to another defect often found in air defense networks that are equipped and trained by Moscow. Damascus's air defenses tend to be rigid in their doctrine and employment; air defense crews depend on higher echelons to identify and assign targets.
If those echelons fail--or they're blinded by enemy countermeasures--they leave individual fire units in an autonomous mode, an environment they're unprepared for. If the Syrian air defense SOC (sector operations center) failed to "cue" air defenses at the nuke site, then it's quite likely that they never fired until the bombs began falling (if they responded at all).
Needless to say, future sales of the Pantsir-S1 will be a little bit tougher, even if the system's "poor" performance was the result of Syrian buffoonery.
***
ADDENDUM: The Syrian "failure" also indicates that Damascus still doesn't grasp the impact of tactics and stand-off weapons. If Syrian Pantsir fire units were operating from fixed positions, it was simple for the Israelis to plan optimum routes to minimize exposure. Fixed site operations would also make it easier for the IAF to target Syrian air defense assets with stand-off weapons, including JDAM. The GPS-guided munition has a maximum range of up to 15 miles (and some versions can hit targets from even greater distances). That stand-off capability would allow IAF jets to take out Pantsir units before the air defenses could engage them. With that threat negated, other aircraft could then strike the nuclear complex.
Another option would be targeting the Pantsir's radar with anti-radiation missiles from even greater distances. In either case, the Israelis had the ability to take out the Syrian air defenses before they could fire. No wonder the Iranians are worried--and rightfully so.
Posted by Unknown at 2:52 PM

In addition to the points you raise: if the system is new to the Syrians -- one wonders how many of the bells and whistles that accompany such a system are still sitting on pallets someplace, waiting to be unloaded, set up, etc.

The fact that Israel has shown this capability to defeat Pantsir-S1 systems, illustrates the severity of the situation. I don't think they'd show that ability just to destroy some centrifuges. Scary stuff.

On a similar note, the Israelis officially confirmed the strike today: http://www.jpost.com/servlet/Satellite?cid=1191257212152&pagename=JPost%2FJPArticle%2FShowFull

First of all, the Syrians only received their first Pantsir's in August. It would be quite an amazing feat for them to have the system integrated and deployed in a month.

To reinforce that point there is no evidence the Pantsir is yet deployed, and there is no evidence it was deployed near the location the Israeli's struck. It is such a short-range system you'd need a few to properly defend a point target, and you'd have to have outside queuing to alert the system and its operators a threat was coming.

In short, the Pantsir has nothing to do with this strike.

As a general backgrounder, have a read thru de Atkine's " Why Arab Armies Lose Wars." One relevant observation: training, information, and skills are privileges of rank, hoarded at the highest level possible.