What Did the Israelis Hit? 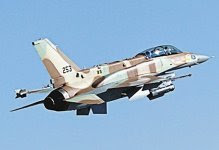 Assad looks weak, abandoned. Kurdish minorities are likely to be an helpful factor in making such a precise hit. Iran is the only country that makes some noises but where is the beef? All the Arab media is practically on sleep mode. OTher than few speculations, they have nothing real to report. Plenty of rumors and gossip by the usual suspects, but no real from the ground information. The eye Doctor Assad, who sometimes parades as a General with gold coated ranks (which he never attained) cannot bring outside observers to document the shameful hit because it would make him look like a second hand Corleone. It has been reported that both the Israeli Chief of Staff and the Defense Minister attended various social functions the night after the incursion and appeared pleased and jovial. When missions go bad they hide in the bunker. Draw your own conclusions! A real Mafia cannot be operated by a spoiled occulist.

If I could know one truth about this whole foggy mess, it would be "Where did the commandos come from?" Launching Israeli commandos from the nearest borders to the supposed target site would piss off a lot of people in that neck of the woods. Did someone let them use their border? Turks? Kurds? Iraqis? Coalition forces? Maybe they did fly in all the way from the Mediteranean like the strike aircraft.

I agree that the sound of silence is deafening.

Were there nothing to see at the site, Assad would have invited in the gullible fools from CNN. Then he would have trotted out assorted dead children from the orphanage for the handicapped conveniently located onsite.

The location of the syrian target is surprising if only because it is so close to Iraq. Were there anything truly dangerous there, it's conceivable US forces might 'accidentally' take it out. It's also conceivable Syrian forces don't use their new air defense systems so close to the US border to avoid yanking the eagle's tail.

Can you imagine how different the Arab reactions to this incident would have been if we had not invaded Iraq and toppled Saddam ? Iran and Syria are viewd as a bigger threat than Israel now. Our efforts in Iraq have changed the whole Middle East paradigm in ways most don't yet realize. History may well prove kinder to president Bush than his contemporaries give him credit for. Our strong presence in Iraq gives us the ability to threaten our enemies in the neighborhood. The more we are seen as the ones helping the Iraqis, and Iran and Syria are seen as destabilizing the country, the better off we will be. It will be interesting to see how these events unfold.

Looks like some of the story is coming out.


"According to Israeli sources, American air force codes were given to the Israeli air force attaché in Washington to ensure Israel’s F15Is would not mistakenly attack their US counterparts."
http://www.timesonline.co.uk/tol/news/world/middle_east/article2461421.ece

Huh? Why would Americans be in Syria?

Well, at least it's some of the story...