Idiot of the Week (Up in Smoke Edition) 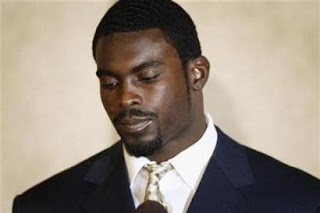 Since Michael Vick's conduct has been adjudged as criminal and barbaric, we resisted the temptation to give him one of our occasional "Idiot of the Week" awards.
Sure, it was tempting. You'd have to be a world-class nitwit to throw away a $130 million NFL contract--and millions of additional dollars in endorsement deals--to feed your Jones for dog fighting, a "sport" so cruel and inhumane that it simply defies logic. And, if that wasn't enough to sully his reputation once and for all, there's the little matter of those bets that Vick and his "boys" made on various fights. The money that changed hands was no more than $30,000 on a single wager--relative chump change for a pro football superstar. But gambling is (supposedly) a career killer in the NFL, and if Commissioner Roger Goodell does his job, Vick's current suspension will become permanent.
Meanwhile, Ookie's self-inflicted misfortunes continue. He has apparently defaulted on a $2.5 million line of credit with a Canadian bank, taken out earlier this year. According to the Atlanta Journal-Constitution, the Royal Bank of Canada has filed suit against the Falcons quarterback, claiming that the loan is in default for various reasons, including Vick's failure to provide a semi-annual financial statement, disclose his liquid assets, and the recent change in his employment status."
Gee, Mike, ever heard of paying cash? With an annual income approaching $20 million a year, you'd think the NFL star could finance his own real estate investments. Besides, a platry $2.5 million investment doesn't exactly make you Donald Trump, so we're guessing that the loan was used for other purposes, such as supporting friends, family and other members of his entourage. Defaulting on a loan that represented about 10% of his pre-tax income suggests that Mr. Vick was (a) blowing through money like you-know-what through a goose, and (b) his financial house of cards is about to collapse. Give the Canadian bank some credit; by moving to the head of the creditor line, they'll get something from Vick's fiscal carcass. Other creditors--coming soon to a Georgia court room--won't be so lucky.
For sheer financial lunacy, Mike Vick might get some consideration for "Idiot of the Week." But, being the competitor that he is, the Falcons' former marquee player went the extra mile, and removed any doubt about his qualifications for the award. As his world imploded, Vick submitted to a routine urinalysis on 13 September, just 17 days after pleading guilty to federal dog-fighting charges. Sure enough, the sample tested positive for marijuana.
As a result, Federal Judge Henry Hudson has imposed new restrictions on Vick's pre-sentencing release. He now has a 10 pm-6 am curfew, he must wear a monitoring device, participate in mental health counseling and continue in a substance abuse program. Needless to say, Mr. Vick's latest scrape won't win him any brownie points with Judge Hudson, who will sentence him on those federal charges in early December. Add a few more months in the federal pen.
That means that Vick's hypothetical "return" to the NFL will be delayed as well. As John Czarnecki of Fox Sports observes, the marijuana infraction will mean a minimum four-game suspension by the league. Tacked on to Vick's projected, year-long prison sentence (and another league suspension after his release, for gambling and conduct detrimental to the league), the marijuana penalty effectively destroys his chances for playing in the 2009 NFL season. If that prediction proves accurate, Vick wouldn't have a shot at playing for an NFL team until 2010, when he will be 31 years old, and past his prime as a pro quarterback.
Clearly, you'd have to be a moron to throw away the richest contract in pro football for a "hobby" that is disgusting, contemptible and illegal in all 50 states. But, it takes a special breed of idiot to compound one's problems by smoking a little weed to ease the stress--violating both the conditions of your bail and the provisions of your contract--and giving the legal system and your employer more reasons to impose additional punishment.
For sheer, jaw-dropping stupidity writ large, Michael "Ookie" Vick is a most deserving "Idiot of the Week."
Posted by Unknown at 8:48 AM

I'd say second place would have to go to Ohio State freshman quarterback Antonio Henton, who was busted for soliciting a prostitute. I still can't figure that one out.

That's almost as bad as the former mayor of Cincinnati, who paid for a prostitute with a check. He's since moved on to a media career, and you've certainly heard of him: Jerry Springer.

Hey, hes a good canidate for the Darwin Award.....