Requiem for a Hero 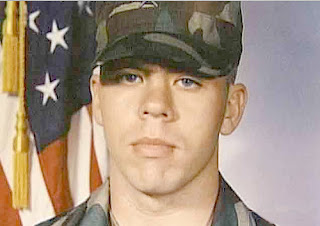 We've written at length about the extraordinary young men (and women) who perform the most dangerous job in Iraq--Explosive Ordnance Disposal (EOD). In many respects, the Iraq conflict may be the first, true "EOD War," pitting Allied teams--mostly American--against an enemy whose only effective weapon is the roadside bomb, or a vehicle-mounted explosive device.

The complexity of these bombs has only increased over the last four years; IEDs have been hidden in almost anything you can imagine (including the carcasses of dead animals and children's toys). The terrorists also use a dizzying array of electronic devices to remotely detonate their bombs, ranging from cell phones and vehicle "keyless" entry systems, to garage door openers. This steady evolution in enemy tactics has forced EOD technicians to adapt and improvise as well.

Despite that challenge, our troops still locate--and neutralize--at least 40% of the IEDs before they go off. Efforts to detect those devices have become a multi-billion dollar Pentagon effort, encompassing everything from UAVs to the "forensic" analysis of JSTARS survelliance data. But once discovered, the job of actually disarming or neutralizing the device inevitably falls on an EOD team.

If you've ever wondered what type of person volunteers for such duty, today's Newport News (VA) Daily Press provides some idea. Columnist Tamara Dietrich profiles Army Staff Sergeant Joshua Mattero, an EOD team leader who died last week in Iraq. Sergeant Mattero was on his second Iraq deployment when he was killed in action. Called out by the discovery of three IEDs, he neutralized two before the third device took his life.

The military EOD training program at Eglin AFB, FL has one of the highest wash-out rates of any DoD school. And rightfully so. Only the elite wear the EOD badge, and by all accounts, Staff Sergeant Mattero was one of the very best at that most dangerous and demanding of jobs.

Last year, a total of 15 military EOD techs were killed in the line of duty, the most since World War II. In a war that's claimed over 3,000 U.S. military personnel, those losses represent only a tiny fraction of our total combat losses. But given the small size of the EOD community, those losses are significant, indeed. Virtually every EOD tech knows someone who's been killed or wounded "on the job." Along with Sergeant Mattero, other names will be added to the Eglin Memorial for 2007. Remember their families, friends and colleagues in your prayers.

And, if you're so inclined, consider a donation to the EOD Memorial Committee, which funds scholarships for the sons and daughters of current and former technicians, including those killed in action.
Posted by Unknown at 8:25 AM

I have always been proud of my Charles County Crab. I have it close to me at all times.

15 KIA in our little community? That is a Detachment plus under our old T,O&E.

A very interesting article on RADII. Looks like you pulled it straight off of the whitepaper.