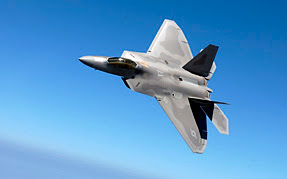 There are two ways to kill a defense program. A sudden--and complete--cancellation, or a slow, prolonged death by under or defunding the effort over time.

While completely eliminating a program remains fairly rare, there have been several high-profile examples in recent years, including the Navy's A-12 stealth fighter (cancelled by then-Defense Secretary Dick Cheney), the Army's Comanche helicopter and Crusader artillery system, and most recently, the Air Force's E-10 surveillance aircraft. Beset by cost overruns or facing an uncertain budget environment, all died sudden (and high-profile) deaths in their development process.

The other method for killing a defense program (through under-fuding or defunding the effort in future budgets) is less spectacular, but it's gaining ground on Capitol Hill. We've recently detailed Democratic efforts to gut missile defense, by reducing proposed funding for the Airborne Laser (ABL), and a proposed defense shield in Eastern Europe. While Democratic leaders did provide modest increases for some missile defense projects (notably the Navy's Aegis system, the Army Patriot PAC-3 and joint programs with Israel), their budget plan calls for cutting at least $500 million from missile defense in the FY'08 budget. Obviously, you can't sustain ABL and European defensive shield at those funding levels; without more money, the programs will eventually disappear--call it death by strangulation.

And missile defense isn't the only area targeted for under-funding. Air Force Times reports that the House Appropriations Committee has decided to strip $364 million from modernization efforts for the F-22 Raptor, redirecting the funds to pay for permanent-change-of-station (PCS) moves by Air Force personnel. Some members of Congress have expressed concern about the service's plan--announced last November--to lengthen stateside tours from 36 months to 48 months. Congressional critics believe the longer tours may hurt retention and professional development.

The committee has ordered the Air Force to review its new policy, and report to Congress by December. Diverting money from the F-22 program to the PCS account underscores Congressional interest in the issue, and affirms that the Appropriations Committee is prepared to fight.

But robbing the F-22 program to pay for PCS moves accomplishes another goal: it hinders Air Force efforts to update its state-of-the-art jet, limiting (or delaying) future upgrades. System updates are vital to any defense system, allowing them to keep pace with new technology and stay ahead of ever-evolving threats. The F-15s and F-16s that dominated the skies over Kosovo and Iraq may look like the original models that debuted in the 1970s, but virtually all were more advanced "C' and "D" variants that rolled off the assembly lines in the late 80s, with upgraded avionics, engines and weapons. There is a dramatic difference in capabilities between the C/D models and the older A/B versions, even if they're largely invisible to a casual observer.

Without system updates, the F-22 will be stuck in a technological "rut." From an operational perspective, that could allow adversaries to close the gap more rapidly, although the Raptor remains light-years ahead of the competition. In political terms, limiting system "growth" gives Congress a potential reason to curtail the program, deterring Air Force efforts to acquire additional F-22s. The service is currently slated to receive 183 Raptors, a far cry from from the 330 it would like to have.

And, the Appropriations Committee has some powerful F-22 critics in its ranks. Ranking member Jerry Lewis (R-California) has fought the Raptor for years, believing that the Air Force fighter could impact the Super Hornet and F-35 programs that directly benefit his district. Committee Chairman David Obey of Wisconsin and the Defense Appropriations Sub-Committee Chairman (Pennsylvania's Jack Murtha) have also voted against F-22 legislation in the past. Given that record, it's not surprising that the Appropriations panel raided the Raptor upgrade account to pay for PCS moves.

While the committee's decision is hardly a fatal blow for the F-22, it is a reminder that the Raptor still has influential opponents the Hill. Ultimately, we expect that Raptor upgrades will be approved, but not on the pace (or scale) preferred by the Air Force. As long as Messrs. Lewis, Obey and Murtha control the purse strings, key elements of the F-22 program will face an uphill fight in Congressional budget wars.
Posted by Unknown at 12:25 PM

~Sigh~
Yes, it is always more of the same with the false colors flown by cowardly opponents of national defense. See my graphic at "http://elementsofpower.blogspot.com/search?q=Acquisition+101".
I created it after reading another one of your excellent posts.

If this surprises anyone don’t be. Many mod programs for both the F-15C/E and the F-16C were cancelled or delayed because of the F-22 program and its staggering cost increases over its development. I can only guess how much money it will cost to modify the existing F-22’s to handle the SDB or to fight avionics obsolescence that I’m sure exists right now.

1. I'm comfortable stating without fear of informed contradiction, that MOST of the cost increases experienced by the F-22 program are due to the stretching out of the development program through capricious Congressional funding antics, either by directly holding up development funds required to proceed at all or by providing too little funding to accomplish contractual objectives without cutting too many corners and suffering the 'hits' for the shoestring effort. Both cases are too true for most major acquisition programs today.

2. My money is on Lockmart leveraging F-35 and other technology to keep the Raptor viable, dependent upon the feckless Congress caring at all and providing the dinero.

3. Hmmmm. Choose between a) modifying F-15s and F-16s or b) buying survivable F-22s. I'll take "b" any time. 'Low observability' IS the price of admission in tomorrow's (and in some places today's) battlespace.

4. The main impetus behind the SDB was to keep ANY fighter-type A/C a viable competitor in the air-to-mud arena. The SDB lets the fighter types pretend to be real bomber pilots a little longer.

5. Integrating new weapons (Like SDB) onto aircraft is pretty much routine, with occasional and scattered episodes of excitement. Funding for integration is usually no problem, because unscrupulous Congressmembers can use it as an excuse not to buy more of something else that is more expensive -- even if the 'something else' is needed more.

5. Jerry Lewis (the one the French don't know) is a poser and pure 'clown' who has had it in for the F-22 ever since he had his his manhood impugned by the AF over some little disagreement years ago. I have it on pretty good authority that he once called the AF heads in and told them he was going to cancel the F-22 or the Discoverer II program and it was the AF's call. We know which one the AF chose.

BTW and slightly off topic: Lewis was also ranting at the time about how the intel types weren't even able to analyze all the satellite data they were already collecting, so therefore they didn't need any more to analyze. Only one problem: Discoverer II was all about developing a real-time capability. Like I said..'clown'.