Back in the Bottle? 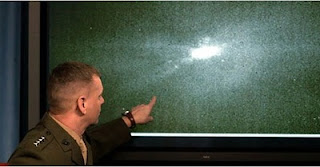 In the wake of last week’s successful shoot down of that defunct spy satellite, a few members of the arms control crowd—and their friends in the Democratic Party—are still bemoaning the “political ramifications” of that event. From their perspective, knocking down the dead satellite essentially “destroyed” any chance of preventing the militarization of space (bad pun intended).

As Dr. Jeffrey Lewis, Director of the Nuclear Strategy and Nonproliferation Initiative at the New America Foundation, noted gloomily before the intercept:

I don’t know how to express the political risk. Not knowing the risk, however, is different from it being “zero” — which is how the Bush Administration, at best, seems to count it. At worst, some members seem to assign a positive value to conducting an ASAT test.

The Chinese will use this to excuse their January 2007 test and, perhaps, future ones. The Russians seem interested in playing along, too. I’d like to be able to argue that they’re wrong; That this is different.

I have argued, in the past, that we have a strong interest in constraining the development of debris-creating anti-satellite weapons. Sadly, our intercept will make that outcome harder to achieve, not easier.

But what loser is going to go to bat for confidence building measures in outer space when there is a giant tank of hydrazine bearing down on a Cub Scout Jamboree and one really awesome, heroic chance to blow it out of the sky? Hell, I bet the thing explodes into fireworks with red, white and blue stars and streamers like over the Mall on the Fourth of July.

Let’s face it, supporting the shot is the “safe” thing to do. After all, the debris risk will probably work out ok, while we’ll never know if the satellite would have hit a populated area. The cost, in terms of space security, is so difficult to identify, that one can simply explain it away with facile counterfactuals. “Oh, the Russian’s were just looking for an excuse, they would have done it anyway.”

We’ll give Dr. Lewis credit for consistency. He has long been an advocate of space weapons control, though one might argue (at this point) that limiting militarization of space is tantamount to putting the genie back into the bottle. More on that in a moment.

“The geopolitical fallout of this intercept could be far greater than any chemical fallout that would have resulted from the wayward satellite.”

Mr. Markey said: “The Bush administration’s decision to use a missile to destroy the satellite based on a questionable ‘safety’ justification poses a great danger of signaling an ‘open season’ for other nations to test weapons for use against our satellites. Russia and China are sure to view this intercept as proof that the United States is already pursuing an arms race in space, and that they need to catch up.”

The key word here is “catch up.” In some respects, both Moscow and Beijing have, arguably, moved ahead of the United States, most notably in the areas of anti-satellite (ASAT) technology and weapons aimed at defeating early warning systems and ballistic missile defenses.

We’ve written about these efforts (at length) in the past. China’s successful test of a “killer satellite” in January 2007 raised genuine concerns about new threats to platforms operating in low earth orbit (LEO). Not only did the Chinese intercept occur at a much higher altitude, it was the latest in a series of tests that demonstrated Beijing’s growing proficiency in placing killer satellites in close proximity to their intended targets—and taking them out.

But China’s ASAT arsenal isn’t limited to space interceptors. Five months before the “killer sat” test, a high-powered, ground-based laser in China reportedly “dazzled” a U.S. spy satellite, highlighting the ability of terrestrial systems to target space-based platforms. The “dazzling” incident and the ASAT test represented the culmination of decades of work, and the investment of billions of dollars.

And, it’s worth remembering, the Chinese development continued apace, despite the general suspension of U.S. ASAT efforts. After successfully intercepting a defunct satellite in 1986 (with an interceptor launched from an F-15), the U.S. shelved its anti-satellite program, because of the potential military, political and commercial implications of the test.

That’s one reason that many experts consider the 2007 Chinese test to be the “most serious escalation” of space warfare in 20 years. Both the United States and Russia backed away from their ASAT efforts at the end of the Cold War, but Beijing plunged ahead, with heavily-funded “priority” state programs that yielded killer satellites and ground-based lasers capable of blinding overhead sensors. China has also developed a space warfare doctrine, aimed at using its weaponry to cripple U.S. capabilities in that arena, while preserving Beijing’s access to the high frontier.

While Chinese space warfare capabilities have received considerable scrutiny over the past year, Moscow has been far from idle. In early 2006, Russian officials announced a “successful” test of a hypersonic glide vehicle (HGV). Mounted atop an ICBM, the HGV is designed to penetrate and maneuver against ballistic missile defenses and existing early warning systems (emphasis ours), making it a particularly dangerous and destabilizing weapon. Moscow’s HGV project reportedly has the personal support of Russian President Vladimir Putin, ensuring that the system will remain a funding priority, and likely reach deployment status in a few years.

Why should the U.S. be concerned about these efforts? For starters, it underscores the inherent hypocrisy in the respective positions of Russia and China. Despite their stated concern about the “militarization” of space, neither Moscow nor Beijing has shown any willingness to abandon their ASAT and HGV programs. Indeed, past Russian and Chinese proposals on limiting space weapons have been narrowly focused, conveniently ignoring their own development efforts.

That’s why Washington should follow-up on last week’s spysat shoot down, with a new, comprehensive proposal for a space-based weapons treaty. Put everything on the table—killer satellites, ground-based lasers, and of course, missile-mounted HGVs. Chinese and Russian willingness to talk about (and potentially abandon) those systems will reveal just how serious they are on the militarization of space.

The U.S. could even offer a few incentives to spur negotiations, such as limiting development of the Navy’s AEGIS/SM-3 system, which knocked out the defunct satellite. Both the radar and missile used in the operations received special modifications, and the intercept occurred near the maximum range of the SM-3. Converting the naval platform into a true ASAT weapon would require extensive re-engineering, something that Washington could exchange for elimination of existing ASAT systems and nuclear-capable HGVs.

In fairness, we should note that some in Washington saw last week’s intercept for what it was—a one-time effort aimed at decreasing the risk from hazardous satellite debris, and preventing sensitive wreckage from falling into the wrong hands. Missouri Congressman Ike Skelton, Chairman of the House Armed Services Committee, got it right with this observation:

Our forces and technical experts are to be commended for destroying this malfunctioning satellite before it posed any threat to people on the ground. This was an exceptional case, and I reiterate that this action should not be construed as standard U.S. policy for dealing with problem satellites. We abandoned the pursuit of anti-satellite technology two decades ago due to concerns about the consequences of its use, and our country has no plans to renew those efforts. Congress will closely monitor U.S. policies concerning our space assets in the coming days.

If anything, we’d say that last week’s intercept provides new opportunities for serious discussions on space warfare. But, the ultimate fate of those talks won’t hinge on a one-time shoot down of a defunct spy satellite. Instead, future accords will reflect the willingness of China and Russia to abandon not only dedicated ASAT platforms, but entire categories of weapons that support the militarization of space. Don't be surprised if both Moscow and Beijing reject such proposals.
Posted by George Smiley at 1:24 PM

The United States has also worked on HGV programs; look into "Have Space".

An HGV is a first-strike weapon. Development of HGV is a much more significant statement than any number of NMD interceptors. Of course, we're unlikely to see many press articles on the subject; there's no way to reduce it to a bullet point or a bad analogy, so reporters will zone out and start thinking about their next drink. And it isn't George W Bush doing it anyway so who cares, right?

Halo--I can only concur with your HGV comments. It is indeed a first-strike weapon, far more destabilizing than any BMD deployment. And it's a priority program for Putin's military. But there has been virtually no coverage in the U.S. press. If there was, the narrative would follow the standard template: it's all Bush's fault.

I still haven't seen any evidence that China's test involved a "killer satellite". The article you linked talks about a ground-based missile being used to do the intercept. Isn't that essentially what we did with our sea-based interceptor?

I'm well aware that our precautions with respect to debris were more complete (after all we stand the most to lose) -- and that alone separates the two tests -- but I fear you are grossly mis-characterizing the Chinese test.

Where have you seen it called a killer sat?

J.R.--Some contacts in the intel community tell me that the kill vehicle maneuvered into position prior to detonation, and that process took several orbits to achieve. That indicates an orbital kill vehicle vice a direct ascent missile.

Thanks for the answer. I hadn't seen that detail covered in any of the open press, and my impression was that the interceptor they used was fairly small... but if it achieved "several orbits" then it was (as you stated) a satellite.

I'm still trying to get my head around the press descriptions of a "modified MRBM" and an orbital kill vehicle, but now I've got something to chew on.