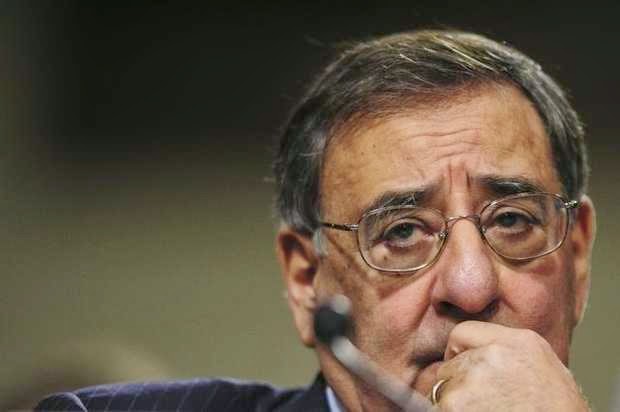 Flashback to the spring of 2011: SEAL Team 6 had just administered multiple rounds of final justice to Osama bin Laden at his complex in Abbottabad, Pakistan and the Obama Administration couldn't wait to take its victory lap.

Almost immediately, there were disturbing leaks about the unit that had carried out the mission.  Special forces operators half-way around the world began worrying about family and friends in Virginia Beach (home of SEAL Team 6), after Vice-President Joe Biden publicly disclosed their participation in the raid.  Biden's leak was subsequently confirmed by CIA Director Leon Panetta, who had already been confirmed as the next Secretary of Defense.  That didn't set well with the outgoing SecDef (Robert Gates), who recalled "promises" to maintain the operational security that surrounded the mission.

As recounted by Mark Thompson of Time magazine:

“Frankly, a week ago Sunday, in the Situation Room, we all agreed that we would not release any operational details from the effort to take out bin Laden. That all fell apart on Monday — the next day.”

That’s a pretty amazing statement. Here you have the nation’s warlord calling out his senior colleagues inside the Obama Administration for spilling the beans. Although he didn’t name names, there was ire inside the Pentagon at White House homeland security chief’s John Brennan’s Monday on-the-record briefing, which offered far more detail than a background session conducted the same day at the Pentagon. Brennan spoke in front of cameras about bin Laden being protected by female human shields, and implied he was armed — both of which had to be retracted as untrue the next day (the very act of retraction means the speaker had drifted into discussing operational details that had to be…retracted).

And the leaks kept coming when Hollywood got involved; with extensive cooperation from senior defense officials, directory Kathryn Bigelow eventually released Zero Dark Thirty, a dramatization of the long hunt for bin Laden and the mission that finally took  him down.  During the film's development, there were persistent reports that the Ms. Bigelow and the screenwriter, Mark Boal, had received classified information from Mr. Panetta and other senior leaders.  An official complaint was later filed and after that, the media and members of the public quickly lost interest.

Meanwhile, Mr. Panetta went on to serve as President Obama's Secretary of Defense, and Zero Dark Thirty was nominated for a total of five Academy Awards.  As for that complaint against Leon Panetta, we are now learning that it was bungled by Pentagon staffers.  Senator Charles Grassley of Iowa, one of the few members of that body who seems interested in accountability by government officials, has reviewed the leak investigation and described it as absolutely worthless.  McClatchy reporters Jonathan Landy and Marisa Taylor obtained a copy of Grassley's scathing letter to the Pentagon:

The investigation produced “a second-class report that wasn’t worth the paper on which it was written,” Sen. Chuck Grassley asserted in a scathing Nov. 17 letter to John Rymer, the Defense Department’s inspector general. “The . . . project was an unmitigated disaster spawned by a series of top-level missteps and blunders.”

In the end, Grassley noted, no one has been held responsible more than two years after the leaks to the makers of “Zero Dark Thirty,” a blockbuster film depicting the May 2, 2011, Navy SEALs raid on Osama bin Laden’s hideout in Pakistan.

The staff cited possible misconduct by the pair that included discussions that Halbrooks held with Panetta and his aides about the investigation while it was still underway. Moreover, the public release of the final report was held up until after Panetta resigned on Feb. 27, 2013.

The delay created “the perception that the report process was slowed by PDIG Halbrooks and others working at her direction to shield DOD officials from scrutiny and perhaps to bolster” a bid by Halbrooks to permanently win the post in which she was temporarily serving, said the staff’s findings.

As the McClatchy reporters dryly note, the incident highlights a "double standard" in how the Obama Administration goes after leakers.  Lower-level personnel are aggressively pursued, while high-ranking officials (like Mr. Panetta) get off scot-free.

Borrowing a phrase from Captain Renault in Casablanca, we're "shocked...shocked" to learn that the system goes out of its way to protect the powerful--or for that matter, anyone deemed of value in advancing a key narrative, or covering up alleged misconduct.  Does anyone really believe that Ms. Halbrooks and Mr. Ives didn't know they weren't supposed to discuss the investigation with Panetta and his aides while it was underway? (emphasis ours)  But they did it anyway, apparently without fear of any long-term consequences from their actions.

At the end of the day, we're left with the knowledge that a senior official willingly divulged classified information to a Hollywood scriptwriter, working on a film that promised to be very favorable for the administration, with a release originally planned to coincide with the 2012 elections (it was later pushed back).  And for deliberately ignoring classification rules--and potentially placing American lives in danger--Mr. Panetta didn't even get a slap on the wrist.

Sadly, the defense establishment has a long history of ignoring misconduct by the connected and powerful.  At one point in my career, your humble correspondent was the intelligence briefer for an Air Force flag officer who was an unmitigated disaster, both personally and professionally.   He bullied his staff; flaunted rules on the use of government transportation and generally did as he damn well pleased.  There were also unconfirmed reports that the same individual had two DUI "stops" as a flag officer, but that didn't slow him down, either.  We use the term "stops" because there was never any confirmation the general was actually arrested.

Most of us were delighted when the general moved on to a new assignment and we thought his career would finally end following an episode at his new headquarters.  Reportedly, he was waiting for a brief from a mid-level officer. who happened to be an African-American woman.  Apparently, she was running a bit late; just before the woman entered the room, the general asked loudly--in front of his senior staff: "Where is that g--d----ed black b---h?"

For mere mortals, that moment of undiluted racism would be enough to kill a career.  But not this particular officer, who moved on to four-star rank and was dogged by controversy almost until he retired. Incidentally, the incident involving the African-American officer was "thoroughly" investigated by the military.  The individual placed in charge of the probe was a mere Colonel, who was given the task of gathering evidence and building a case against a well-connected three star.

You can guess how that turned out.  In his report, the Colonel acknowledged the vile comments uttered by the general, which were heard (and affirmed) by his assembled staff.  But the Colonel noted that other members of the general's team were subjected to similar behavior, so the racism experienced by the African-American officer was consistent with the experiences of other personnel.  Case closed.