The Dimmest Bulb in the Senate Firmament 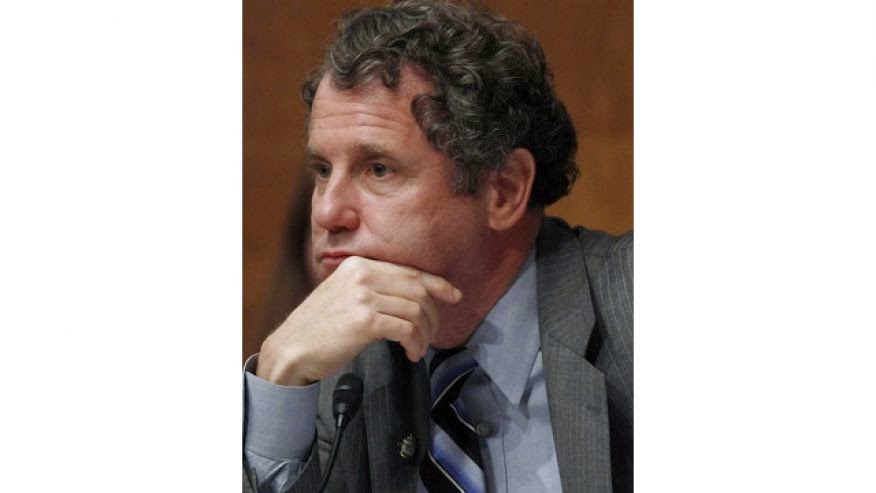 Angered over Burger King's purchase of Tim Horton's (and move to Canada), Ohio Senator Sherrod Brown is urging consumers to eat instead at Wendy's--which owned the Canadian donut chain for more than a decade (Fox News photo)


No one would ever accuse Ohio Senator Sherrod Brown of being the sharpest tool in the Capitol Hill shed.

Case in point?  Mr. Brown is calling for a boycott of Burger King, after the fast food giant announced plans to buy Tim Horton's, the Canadian donut chain.  Acquiring the Canadian company will allow Burger King to move its corporate headquarters to Montreal, and limit the burden of America's confiscatory, 35% corporate tax rate.

Senator Brown was in full lather as he urged Americans to stop eating at Burger King and patronize Ohio-based hamburger chains:

"Burger King’s decision to abandon the United States means consumers should turn to Wendy's Old Fashioned Hamburgers or White Castle sliders," Brown said. "Burger King has always said 'Have it Your Way'; well my way is to support two Ohio companies that haven’t abandoned their country or customers." Wendy's is based in Dublin, Ohio, while White Castle is headquartered in Columbus.

As usual, Mr. Brown's grasp of the facts is a bit lacking.  This won't be the first time that Horton's has been owned by an American restaurant chain.  From 1995 until 2006, the Canadian firm was owned by none other than Wendy's.  Top corporate tax rates in the U.S. were above 30% when the merger took place, and it's a fair bet that Wendy's kept some of its profits from Horton's in Canada, just as other corporations have banked their global profits off-shore.  And who can blame them?  Pay a 35% corporate income tax rate in the states, or a combined national/provincial rate of 25% in Canada?  You don't need to be a corporate CFO to figure that one out.

Of course, all of this is lost on Senator Brown.  He's too busy encouraging consumers to patronize an Ohio-based company that did the same thing with Horton's in the not-too-distant past.  And he neglected to mention that part of the purchase is being funded by Warren Buffet, the mega-billionaire investor (and friend of President Obama), who occasionally lectures Americans on the need to pay more taxes.

Do the right thing.  Go to Burger King (or Tim Horton's) for lunch and vote for candidates who will roll back our corporate tax rate.

I've been pointing this out, but you pointed it out clearer.
Most people wonder who Tim Hortons is, not knowing where the best coffee is brewed.

Wendy's is headquartered in Columbus, Ohio.

Sykes--Wendy's still lists their corporate HQ as being located in Dublin, which is about 17 miles NW of Columbus.

129Brown is dim, but dimmer than Patty Murray? Hard choices...